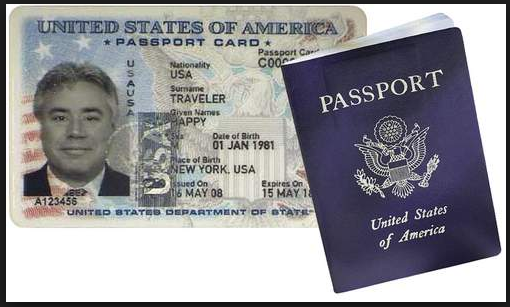 Where Can I Find the Law?

The Immigration and Nationality Act is a law that governs immigration in the United States. For the part of the law concerning most types of permanent resident status, please see INA § 245. The specific eligibility requirements and procedures for adjusting to permanent residence status are included in the Code of Federal Regulations [CFR] at 8 CFR § 245.

To find out who may apply for permanent residence in the United States, please see eligibility information.

How Do I Apply?

To find out how you can apply to become a lawful permanent resident of the United States, please click here to see Application Procedures, which will help you identify what you need to do. After you submit your application materials, you will be asked to go to a USCIS office to answer questions about your applications.

Will I Get a Work Permit?

Can I Travel Outside the United States?

How Can I Check the Status of My Application?

How Can I Appeal?

The only applications for permanent residency (Form I-485) which can be appealed to USCIS are those based on a marriage which took place while the alien's application was in process or those based on Section 586 of Public Law 106-429, adjustment of status for certain nationals of Vietnam, Cambodia and Laos. These appeals must be made to the Administrative Appeals Unit (AAU).

Generally, you may appeal within 33 days after the immigration judge decides to remove you from the country. After your appeal form and a required fee are processed, the appeal will be referred to the Board of Immigration Appeals in Washington, D.C.

Can Anyone Help Me?

United States citizens may sponsor spouses, parents, adult children and siblings (brothers or sisters) for permanent residence. Green Card holders can sponsor only spouses or unmarried children. The U.S. grants highest priority to the spouses and minor children of U.S. citizens. Lowest priority is for brothers and sisters of U.S. citizens. Also, due to high demand in the family category by some countries, the wait for nationals of certain countries such as the Philippines and Mexico can be much longer than for nationals of other, non-backlogged countries. Spouses and fiance/ees of U.S. citizens may apply for K visa and V visa categories which are temporary, nonimmigrant visas.

K - Visa for Fiancee or Spouse of US Citizen

This visa is available to those planning to marry a U.S. citizen, but are currently outside of the U.S. Persons granted the K-1 visa have 90 days from the date of entry to marry; no extensions are allowed. After the marriage, a K-1 visa holder must convert the K-1 to a Green Card. A provision passed by Congress in 2000 also makes spouses and minor, unmarried children of U.S. citizens eligible for the K visa.

In order for a relative to sponsor you to immigrate to the United States, they must meet the following criteria:

If the sponsor is a lawful permanent resident, they may petition for the following foreign national relatives to immigrate to the U.S.:

In any case, the sponsor must be able to provide proof of the relationship.

If you wish to immigrate as a relative of a U.S. Citizen or lawful permanent resident, you must obtain an immigrant visa number based on the preference category in which you fall.

Once USCIS receives your visa petition (Form I-130, Petition for Alien Relative), it will be approved or denied. USCIS notifies the person who filed the visa petition of the petition was approved. USCIS will then send the approved visa petition to the Department of State's National Visa Center, where it will remain until an immigrant visa number is available. The Center will notify the foreign national when the visa petition is received and again when an immigrant visa number is available. You do not need to contact the National Visa Center, unless you change your address or there is a change in your personal situation, or that of your sponsor, that may affect eligibility for an immigrant visa, such as reaching age 21, marriage, divorce, or death of a spouse.

Feel free to visit attorney Kamal Nawash for a consultation.